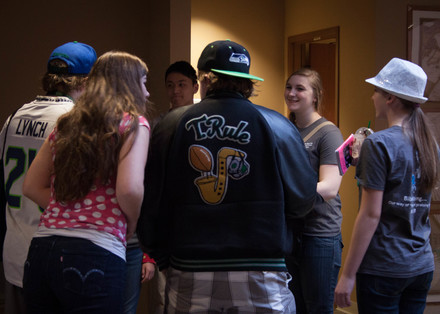 These bylaws, as adopted by the PNW membership, replace all previously adopted bylaws and amendments.

At least 1 in-person meeting of the Assembly must take place annually. Ideally, in-person meetings of the Assembly should take place as often as is practical, as defined as a logistically available break during a PNW event such that the event's overall schedule will not be negatively impacted. All meetings of the Assembly are open to any leaders of any of the member ministry organizations, members of the Board of Directors, and all meet officials (i.e. quizmasters, answer judges, scorekeepers, and statisticians), regardless of their holding a delegate voting right.

Quorum for Assembly meetings shall be at least 1 representative delegate for greater than 2/3 of the current member ministry organizations.

The Assembly may veto any decision by any other part of PNW leadership by a simple majority vote.

At each Assembly meeting, the Assembly will appoint one of its attendees to be Secretary, who will cause to be made minutes of each meeting that lists the date of the meeting and any main motions that pass.

Article 3 - Board of Directors

The PNW Board of Directors, hereinafter referred to as the Board, shall consist of 5 people appointed by the Assembly for annual terms. Of 5 Board positions, 3 are explicitly tied to a role:

Nominations may be made by any Assembly delegate. Self-nomination of any person shall be considered typical practice. Any nominated candidate may decline.

The Board will provide strategic governance, policy decision-making, and sound financial management for the work of PNW. The Board will:

At each Board meeting, the Board will appoint one of its directors to be Secretary, who will cause to be made minutes of each meeting that lists the date of the meeting and any main motions that pass.

The District Coordinator has the responsiblity to lead or delegate the leading of General Assembly Meetings.

The District Coordinator should not, with a small set of exceptions, manage any tactical activity directly without having first attempted and failed to delegate and then only after receiving explicit Board approval. Such Board approval should be considered short-term and no longer than the quizzing season in which it is granted.

The following are duties of the District Coordinator that should not be delegated:

The following are some of the duties The District Coordinator should attempt to delegate:

The Rules Subcommittee is a permanent subcommittee of the Board of Directors responsible for the following:

The Treasurer shall do or delegate and oversee the following:

Annual budgets shall be approved by a majority vote of the Assembly.

In addition, the Treasurer shall cause to be made a financial records review by a person or persons outside the PNW on an annual basis. The person or persons shall report findings in writing to the Board who will share the report with the Assembly.

These bylaws may be amended at any meeting of the Assembly. Proposed amendments must be presented to the Board not less than 90 days prior to the meeting at which the proposed amendment is to be considered and acted upon.

A notice of a meeting at which a change of bylaws will be considered and the text of the amendment or amendments to be considered shall be presented to the Assembly at least 45 days in advance of such meeting. Such notice may be electronically communicated.

An affirmative vote of a 2/3 majority of the Assembly is required for passage of amendments to the bylaws.

If you have any questions, would like to participate in quizzing, or would like assistance starting a quiz program, please email us: contact@pnwquizzing.org