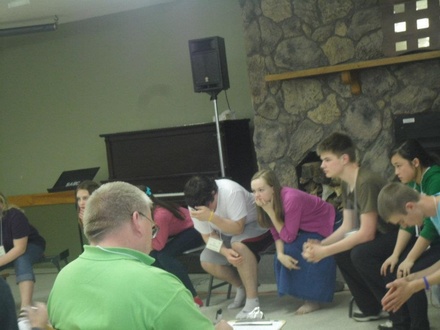 The following organizatons were represented at the meeting:

The following slate was elected to be this season's Board of Directors:

The vote was unanimous.

The assembly discussed the current plan for hosting meets this season. They discussed the pros and cons of the plan. They also discussed some of the governing dynamics behind the decision-making process and the heuristics for making these decisions.

Financially, this plan will put a burden on PNW Quizzing. The assembly voted to raise participation fees to $50 per Ultrameet™ but keep the fees at $20 for any normal, local district meets and District Championships. The assembly also agreed to solicit tax-deductible donations from their churches and communities to help cover extra costs.

It was also discussed that it would be best to take only 1 team of 5 to Internationals this season.

At the moment, the Great West Invitational (GWI) meet details are ambiguous. CMD expressed a strong desire that GWI be in-person. News and updates on GWI will be shared when they become available.