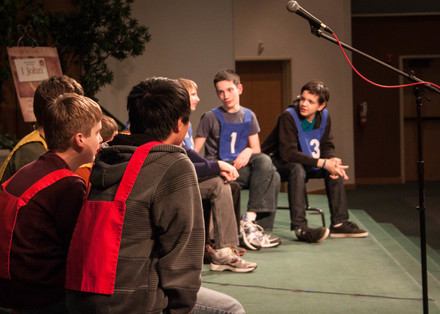 Consequently, the Board agreed that PNW Quizzing should adopt the new rule book as its core rule book for the 2021-2022 season (with our own PNW-specific rules overrides still in effect). Because this new rule book is functionality equivalent to the 2018 rule book, this adoption should result in effectively no differences in PNW between this current season and next season.

Due to the uncertainty of the ability for people to cross the US/Canadian border due to anti-virus policies, the CQLT decided that there will not be a single Internationals this season as normal. Instead, there will be 2 events:

All districts will be invited to participate in either or both meets. Exact dates and locations are yet to be officially determined.

The PNW Board discussed the situation and options. Ultimately, the decision of what PNW will participate in and how is up to Kristine as head coach. The current consensus is that PNW send 1 team of 5 to the in-person meet, and we offer the opportunity of perhaps as many as 10 to participate in the virtual meet. However, in all cases, the standard Internationals quoting requirement would persist.

Questions should be sent to Kristine; though at this point, there's still a lot we don't know.

Next Season Schedule and Style

Over the past several years, the Scramble meet has been a highly-competitive meet focused on learning-workshops and intensive quizzing in teams comprised of quizzers from a variety of programs. This has been a useful thing for where our district was in terms of its size and skills.

That said, there was concern raised to the Board that the new standard Scramble meet was not effectively serving the needs of all quizzers and was actively disincentivizing some quizzers and coaches. Therefore, the Board decided that for at least the upcoming 2021-2022 season, we're going to go back to a Classic Scramble™ format.

At its inception, the Scramble meet was an entirely fun, wholly unofficial meet. Quizzers who wanted to officiate could quizmaster, answer judge, or keep score. Some quizzers coached teams. Some coaches quizzed. Some officials quizzed too. Everybody was scrambled up. There were no leadership meetings. In fact, most of the district leadership didn't even show up to the meet. The event was primarily social and all about enjoying Quizzing together.

The Board's hope is that by bringing back Classic Scramble™, we'll have an opportunity to maximize what has been missing from Quizzing since we've switched to virtual meets.

Jeremy will create the key verses list (KVL) for the James/Romans seasons. He will also lead the questions writing/editing team, but he won't be able to be a direct contributor to the writing or editing. Kristine and Gryphon will participate on the questions writing/editing team, but we're looking for volunteers to help. The goal is to have enough folks to split up the work so no one is significantly burdened. If you're even slightly interested in helping, please contact Jeremy.

According to our bylaws, the Board and the District Coordinator need to be ratified by the General Assembly of PNW Quizzing programs on an annual basis. Due to being unable to meet in-person, we've had to suspend this part of our bylaws, which is not good, but unfortunately our only legal option.

The current Board and District Coordinator have all agreed to continue serving (at the pleasure of the General Assembly).