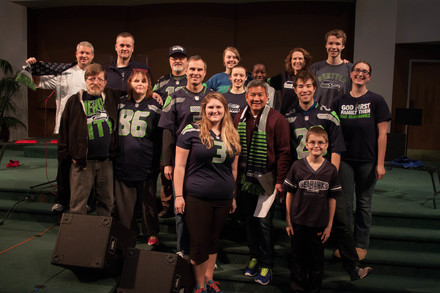 Last quiz season, our planned in-person quiz meet schedule and in-person quizzing experiences were cut short due to anti-virus policy. PNW Quizzing pivoted quickly. About 2 weeks after the initial state-wide policies were announced, PNW Quizzing held its first ever district-wide virtual quiz meet on March 27-28. This was only possible because of the flexibility and commitment of our quizzers, the support of our coaches, and the dedication of our officials and other volunteers. We followed-up that meet with another virtual district meet on April 17-18.

PNW Quizzing led the way. While several other districts and other programs felt stuck in an operational suspension, PNW Quizzing's example urged others both within and beyond CMA Quizzing to push forward the mission of Quizzing via virtual.

As an aside, I cannot express fully how proud I am of the quizzers and coaches from PNW. They prepared masterfully. They quizzed with integrity, skill, and sportsmanship. They demonstrated the best qualities of quizzing. They represented PNW in the best possible way. Additionally, both COVIDQUIZ and Internetionals would not have happened without the dedication of several officials from PNW. Our shared goal was to promote Scriptural memorization and honor the quizzers' commitment to that mission as best we could. Thank you to all.

Virtual quizzing is fun, and it can be a blessing, but at best it's a shadow of in-person quizzing. The energy and excitement of an in-person meet is subdued in virtual. The social aspect of quizzing while still present is certainly quite different. We experienced technical problems and communications issues for which there was little we could do. From time to time, network lag would play a deciding factor for a quizzer. All of it was far from ideal. We were just aiming for something that was fun, engaged the quizzers, and promoted the mission as best we could under the extraordinary and unprecedented conditions.

Our shared hope throughout the latter portion of last season was that come fall, we could all resume in-person quizzing as normal. Alas, it appears increasingly unlikely that will be possible.

On Saturday, July 25, your PNW Quizzing board from the 2019-2020 season (Sarah Davis, Kristine Delamarter, Jeremy Swingle, Sharalyn Shafer, and Gryphon Shafer) met in-person at the Portland-Troutdale Airport. The meeting was conducted in-person, outside, while maintaining social distancing. It was a lengthy and in-depth discussion and deliberation about what will be best for PNW Quizzing during this difficult anti-virus time. Your board wrestled for hours about what options we had and what would be best for PNW Quizzing. I encourage anyone interested to please read the minutes to that meeting for details.

Unfortunately, the first meets of the season will have to be conducted virtually. We don't know exactly how many. We all hope it's only a few. Your board unanimously agreed to the following operating decisions for the 2020-2021 Matthew season:

There are a few additional notes to consider:

First and foremost, your board is committed to maintaining agile flexibility and pushing innovation as we progress through the season to maximize any opportunities to grow and strengthen PNW Quizzing. This necessarily means we don't know with certainty what the season will ultimately become, and we will all need to remain flexible. We will do our best to communicate early and often, but decisions, logistics, and even rules may change as we progress through the season.

Back in 1997, a small band of quizzers, coaches, officials, and I got chatting on our quizzing web bulletin board in the off-season about the idea of running a fun, social, unofficial meet where everybody would be scrambled up into different teams. The "Scramble" meet was thus born, and over the years since, it has grown and matured into a fantastic "pre-season" tradition for PNW Quizzing that adds a lot of value. Unfortunately, scrambling teams is likely not going to be a good foundation for a virtual meet. So this year, we will keep the pre-season fun, social, now-quasi-official meet, but we won't scramble teams. We'll still have workshops, games, quizzing, and more. Announcements about details will be coming when we are able, but for now, just plan on following the published meet schedule and work on memorizing.

While PNW Quizzing will not sponsor in-person meets until state policy allows for it, quizzers, coaches, teams, and families are by virtue of their own liberty free to elect to practice and quiz in whatever ways they determine are safe.

For anyone who has not already joined the Bible Quizzing Slack forum, please consider doing so. There are several channels there with quizzers, coaches, officials, and parents chatting from all across the United States and Canada.

I encourage you all to do whatever you can to push forward the mission of PNW Quizzing. This is normally important, but it's now critical. Given that our first few meets will be virtual, it's plausible it might be even easier to evangelize to unquizzed churches and encourage their participation. While it's more difficult for rookie teams to begin participation via virtual, virtual certainly cuts out the commute time. While you're stuck at home, please pester all your contacts relentlessly. Only through your ruthless and unrelenting nagging will PNW Quizzing be able to grow this season.

Finally and most importantly, please continue to memorize faithfully as you have in past years. Please continue to pray for PNW Quizzing every day. This program changes lives. It saved mine. Strive to do your best, which I know you all will. Don't concern yourself with the outcome. I believe God is calling us to this mission. And with God, nothing is impossible.

--Gryphon Shafer, District Coordinator, on behalf of your PNW Quizzing Board of Directors

If you have any questions, would like to participate in quizzing, or would like assistance starting a quiz program, please email us: contact@pnwquizzing.org