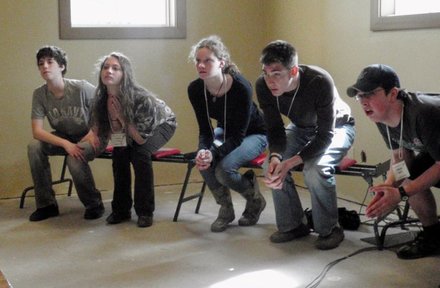 CMA Bible Quizzing made the decision to trial the ESV for the 2013-2014 and 2014-2015 quiz seasons. Because of the reliance on study material suppliers and the need for those suppliers to have ample lead time to prepare, the decision to trial the ESV was made well before the start of the 2013-2014 season. Additionally, the decision on whether to continue with the ESV or switch to the NIV2011 would have to be made well in advance of the 2015-2016 quiz season.

Before Internationals 2014, Jordan York (Life Impact Ministries) sent an email (the exact recipients are unknown), asking for thoughts on the upcoming ESV versus NIV2011 decision.

In October 2014, Jerry Mapstone suggested to the committee that we consider the Holman Christian Standard Bible.

In early November 2014, Scott Peterson of Pacific Northwest District conducted a survey of all the district coordinators of active CMA bible quizzing programs (16 programs between US & Canada). This survey was not requested by Life Impact Ministries or the Internationals Committee, or facilitated by them in any way.

The results of that survey were:

It is unknown whether the results of the July 2014 vote or the wishes of all the participating districts were considered as part of the vote.

Gail Law of Eastern Canada was interested in the different versions for personal reasons and did a lot of research. She doesn't claim to be a scholar but there's a wealth of information aggregated and synthesized here so we can all educate ourselves likewise.

On 1/27/15, Edna Mapstone emailed all district leaders requesting a vote on the version. The three voting options were: NIV2011, ESV, go with the majority vote.

Due to the fact that the vote was a tie vote 7-7 and 3 more votes for going with the majority. A total of 17 votes with 3 not responding due to no contact available. As Executive Director of Life Impact Ministries and Chairman of the International Bible Quizzing Committee I am casting a vote for the NIV2011 version. This breaks the tie and brings the vote to 11–7 (7 votes plus tie breaker vote plus 3 votes for the majority) as the official version to be used starting September 2015. This vote supports the action of the IBQC's decision to use the NIV 2011 version.